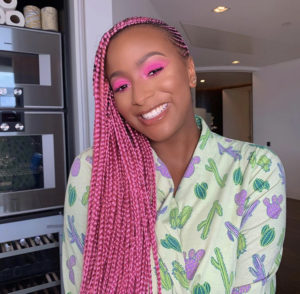 Nigerian celebrity, DJ Cuppy, has been left heartbroken after the performance of her football team, Arsenal, did not meet her expectations.

The young lady who had been a supporter of Arsenal for six years finally took the bold move to breakup with them.

Arsenal no doubt greatly disappointed Cuppy after they lost two games in less than one week.

Cuppy took to her Twitter page to pen her breakup note.

She wrote: “It’s not me, it’s you. Only so much heartbreak a girl can take @Arsenal… I can no longer stay in this toxic relationship. I’m sorry.”

In another post Cuppy was seen sobbing as she begged for fans to give her time to recover from the heartbreak while she considers what club to start supporting.

See Plant Based Protein Sources You Can ...