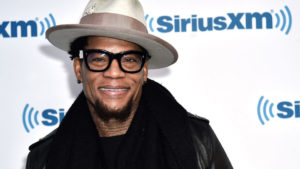 Actor and Comedian D.L. Hughley announced he tested positive for COVID-19 after collapsing onstage during a performance in Nashville, Tennessee.

The stand-up comedian, 57, lost consciousness while performing at the Zanies comedy nightclub on Friday night and was hospitalized. On Saturday, Hughley posted a video on Twitter in which he said he was treated for exhaustion and dehydration afterward.

“I also tested positive for COVID-19, which blew me away,” he says in the video. “I was what they call asymptomatic. I didn’t have any symptoms, the classic symptoms.”

Hughley plans to quarantine in his Nashville hotel room for 14 days. The remaining two nights of his four-night engagement at Zanies were canceled, according to the club’s online calendar.

Hughley said he still hasn’t exhibited any of the typical symptoms associated with the coronavirus, including shortness of breath and fever. However, fatigue is listed by the Centers for Disease Control and Prevention as among symptoms of the disease.