EFCC Releases a Statement over the Arrest of Hushpuppi 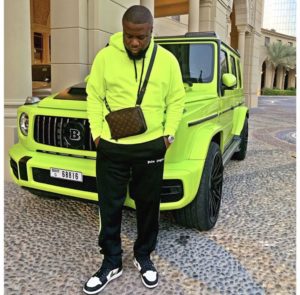 Following the arrest of Ramoni Igbalode, popularly known as Hushpuppi for alleged money laundering, cyber-crime, and connection with a $35million ventilator scam on Wednesday, June 10, 2020 in United Arab Emirates which was made by the Federal Bureau of Intelligence (FBI) and International Police (Interpol), the Economic and Financial Crimes Commission (EFCC) has released a statement on its official Twitter account on Hushpuppi’s arrest.

The Commission confirmed that Hushpuppi was indeed Nigeria’s most-wanted hacker and that he also had considerable cases of cyber crimes being investigated by the EFCC concerning him within the country. The Commission also announced its partnership with the FBI in tracing victims of his fraudulent transactions and other fraudsters who have a direct involvement with him.

Ray Hushpuppi Has A Case To Answer With EFCC pic.twitter.com/3cdX70Qvv4

Abiola Ajimobi is not dead – Aide