“D’banj Is Canceled In My Books” – Timini Egbuson 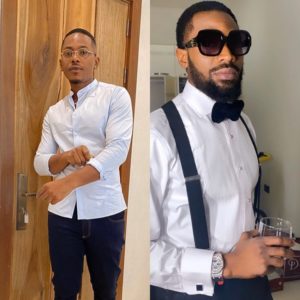 Timini Egbusun, actor, model, and presenter has revealed that he has canceled popular Nigerian singer D’banj from his books.

His action comes after Miss Seyitan Eunice Babatayo accused D’banj of raping her and D’banj reacting to the accusation with legal action against her where he was about to file a N100 million lawsuit against her.

Timini intimated that it would be repulsive if the Kokomaster would use the rape allegations as a publicity stunt. 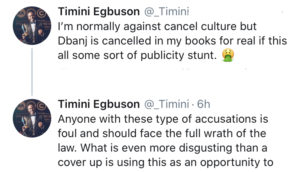