Controversy Ensues Over Re-opening of Schools in Oyo State 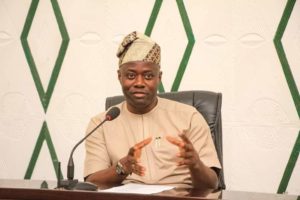 Kayode Adeyemi, the President of National Association of Proprietors of Private Schools (NAPPS) has commended the directive of the Oyo State Government and said “At least, if we start with that level we can know and be able to ascertain what will play out. If we start at that point we will be able to have an informed position that will be helpful in opening the other arms of the schools.”

However, the National Union of Teachers, through the State’s Chairman has expressed his disagreement with the directive of the government. He said, “The directive to open schools for Pupils in Primary Six, Students in JSS 3 and SSS 3 called for caution as it is contrary to that of the National Committee on COVID-19 which directed that all educational institutions must remain closed for now. NUT will continue to monitor the situation before June 29 and make a formal position known on it.”