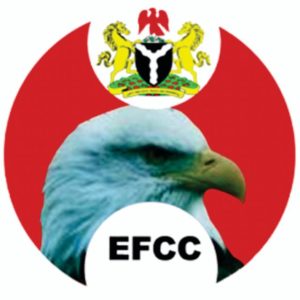 The Economic and Financial Crimes Commission continues to make more strides as Isyaku Sharu, Head of the Ilorin Zonal Office of the EFCC said it uncovered 1,000 ghost workers allegedly smuggled into the payroll of the Kwara State Universal Basic Education Board.

He disclosed this while speaking with the press on the commission’s achievements during the lockdown, saying that the global health challenge posed by the pandemic was not seen as an impediment to the fight against corruption.

He said in addition that the EFCC made cash recovery of over N138m from the coffers of looters in the state, and  earlier handed over N374m to the state governor, AbdulRahman AbdulRazak, on two occasions. He said that the Commission also uncovered an alleged diversion of about N750m from the Light-Up Kwara Project. Funds for the project, worth about N72m, were used in purchasing a property in the Guzape area of Abuja.

Sharu assured the public that the zone would not relent in its efforts to bring sanity to the society by investigating, arresting, and prosecuting corrupt individuals.