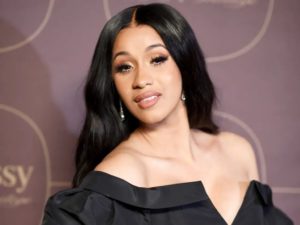 Cardi B, an American rapper, songwriter, television personality and actress wins the NET Honours for Most Popular Foreign Female Celebrity.

This was announced in a tweet by @theNETng: thus

The NET Honours Class of 2020 ‘Most Popular Female Foreign Celebrity’ is @iamcardib, aka Chioma B.

Bardi Gang we see you representing…

5 Things You Should Know About the ...