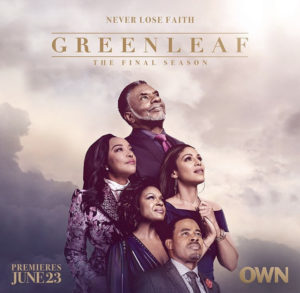 The OWN Network has announced that the fifth and final season of the hit megachurch drama “Greenleaf” will premiere on June 23.

The show revolves around the Greenleaf family that has a package of secrets and lies inside them, as the name suggests. After understanding the mysterious departure of her sister Faith, this can be followed by her daughter’s return.