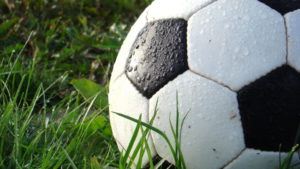 Nigeria has long been known for producing top international soccer players. Here are ten of them:

8- Victor James Osimhen is a Nigerian professional footballer who plays as a forward for French Ligue 1 club Lille and the Nigeria national team. He is becoming one of the most emerging and sought after striker in all over europe

9- Kelechi Iheancho. He plays as a striker for Premier League club
Leicester City and the Nigeria national team. He was part of the Nigeria squad that won the 2013 FIFA U-17 World Cup where he won the Golden Ball award for player of the tournament and the Nigeria U-20 team at the 2015 FIFA U-20 World Cup.

10- Isaac Success Ajayi is a Nigerian professional footballer who plays for English club Watford as a forward.
He has played for clubs like Malaga, Udinese and Granada before moving to Watford where he his currently making impact. He was part of the runner up for the 2018-19 FA CUP tournament.

Easy and Right Steps on How to ...