How Constitutional is Virtual Court Proceedings 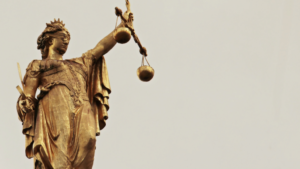 However, the constitutionality of the virtual court proceedings might be in question, especially as the Constitution provided that any other law which is inconsistent with the provisions of the Constitution. Since the 1999 Constitution did not provide for a case of virtual proceedings, the directive issued by the National Judicial Council might pose a great problem to the Nigerian legal system.

This has made the Lagos State Government file an action against the Attorney-General of the Federation, Minister of Justice and the National Assembly in the Supreme Court in order to contest the constitutionality of virtual court proceedings. Since the role of the judiciary is to interprete laws, we await the interpretation of the Supreme Court on this legal issue.

Hushpuppi to be extradited to Nigeria – ...

How to Plan a Marriage Proposal amid ...