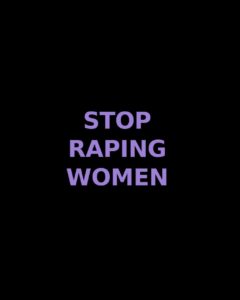 Following a nationwide outrage and protest regarding Uwa’s case and other sexual violence cases, the Senate has decided to enact a law protecting rape victims in Nigeria. This Bill is titled “Rape and Insurgency Victims Stigmatization (Prohibition) Bill 2019” and it has scaled the second reading stage during the Wednesday’s plenary session.

Senator Musa Mohammed, a major sponsor of this Bill said that the conditions most victims of rape are exposed to are traumatic and he has blamed this on what he describes as “the ineptitude of the Nigerian justice system”. If the Bill is passed into law, the Bill will encourage victims of rape to testify in court and it will also prosecute and punish any person or group of persons who stigmatizes rspe victims. This is to ensure that the Fundamental Rights to Dignity and Freedom of Association in the 1999 Constitution are respected by all.

Mass Killings in Borno on the Rise; ...