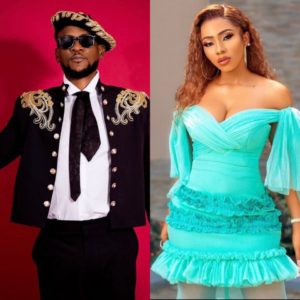 The  Warri-born Omashola was attacked for calling Mercy a prostitute.

Ebuka then went on to play a clip of when Omashola was reporting Mercy and Ike to Seyi, and in defense he explained that he was very offended with Mercy, which led to his shouting and anger, using hurtful words.

Mercy accused him of calling her a prostitute and he said he never did such. He then went on to tell her that she is not up to his league.

This resulted into a back and forth between the two as they also resorted to cursing and hurling abusive words at each other.