NEW RAPE ALLEGATIONS AGAINST A MALE TEACHER OF THE QUEENS COLLEGE, YABA, LAGOS 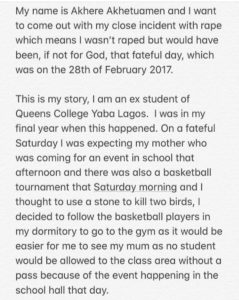 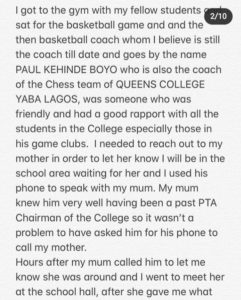 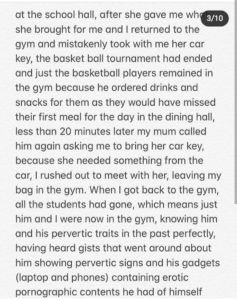 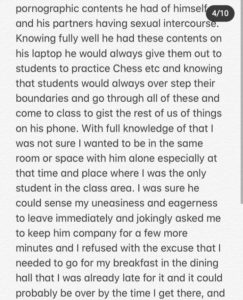 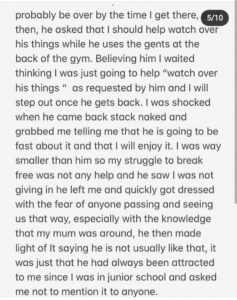 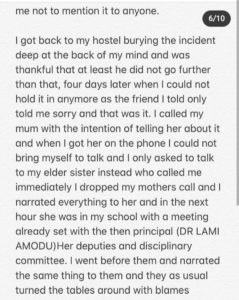 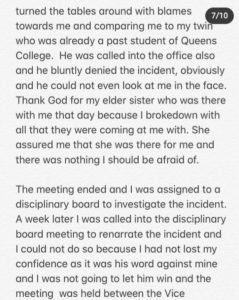 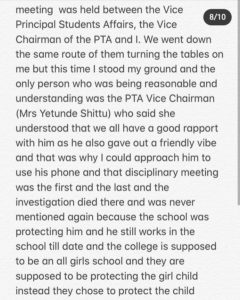 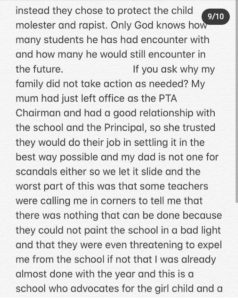 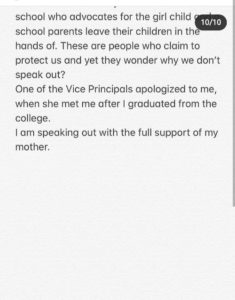 This time, Akhere Akhetuamen, had come out to share her story of a close incident with rape on 28th February, 2017 when she was in SS3 in Queens College, Yaba, Lagos. The man who allegedly committed the attempted rape was the basketball coach and chess coach of the basketball team and chess team respectively, Paul Kehinde Boyo.

She narrated how she was stuck in a room with him, and how she attempted to leave but he told her to watch over his things while he goes to ease himself in the rest room. She said she had innocently listened to him and was so shocked when he came back to meet her stark naked and grabbed her telling her that she was going to enjoy it. She narrated how she struggled, even though she was way smaller to him and how he quickly dressed up for the fear of being seen.

She talked about how the teacher had told her that he was just playing with her and she should not tell anyone. She said she confided in her elder sister who immediately came to her school to file a complaint. This led to a meeting where she was made to narrate the story, while the teacher denied the allegation vehemently. This further led her to stand before a disciplinary committee who turned the blame on her except the PTA Vice Chairman and one of the Vice Principals who only apologized to her.