I Will Get Married At 75 – Daughter Of Late Fela Kuti, Yeni Kuti Reveals 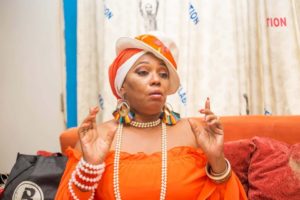 Yeni Kuti, daughter of the late Nigerian Afrobeat legend, Fela Anikulapo Kuti has opened up on her love life and some matters concerning her private and social life.

The retired dancer revealed that she is in a serious relationship now and plans of them tying the knot to settle as husband and wife are in the process.

“I have a partner and we have started our marriage plans. We would get married when I am 75 years old.”