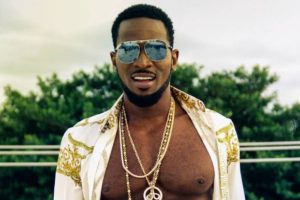 A Nigerian model scout, Benjamin Ese, on Wednesday called out Dbanj for allegedly raping his friend two years ago.

His accusations came after the singer joined the campaign against sexual violence and demanded justice for rape victims in a post on his Instagram page.

The Koko Master post read: “#NoMeansNo, we need to raise our sons in the right way and teach them to love and respect women.

“We need justice for our girls, Say no to rape, racism and tribalism. Let us stop living in FEAR and HATE , and start living in LOVE.”

Responding to his post, one Otunba Benjamin, known as @action_ben, took to his Instagram page, alleging that Dbanj has no right to speak against rape, claiming that he raped his friend.

He stated that his friend has since been traumatized by the event and threatened to commit suicide after seeing the singer’s post on rape.

“Take this post down and stop clouting, stop being a preacher of rape because you’re a rapist. I know I do not have the power to push this, but all Rapists will die a miserable death,” his post added.