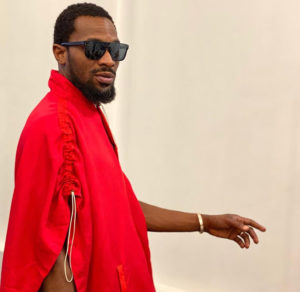 Nigerian singer, D’Banj has finally reacted to the rape allegation levelled against him by a lady on social media identified as Otunba Benjamin Ese and his friend.

Ese alleged this week that the singer raped his female friend in 2018 at a hotel in Victoria Island, Lagos.

The female friend, identified as Seyitan also came out to back the allegation by giving out an account of what transpired.

However, in a statement, by D’banj’s lawyers, the singer debunked the allegation.

Read the singer’s statement below;

“Dear members of the public,

Our attention has been drawn to the false allegations purported by Benjamin Ese and Aunty Seyitan who labelled our client, Nigerian musician Oladapo Daniel Oyebanjo professionally known as Dbanj a rapist.

Prior to the widespread of the deep-seated lies targeted to taint the image and reputation of our client- Dbanj, as an organization we have a strict policy of ignoring clout chasers and cyberbullies and we refrain from engaging with them, but not this time.

This is a calculated attempt to ruin Dbanj’s long-standing character and career, as well as disrupt on-going plans for his 40th birthday and album release. Not to talk of devaluing and trivializing the conversations that are currently being held to emancipate and tackle the challenges faced by the girl child.

HOW TO CHOOSE THE RIGHT MEN’S SHOES