DAVIDO’S TOP 5 SONGS YOU SHOULD NOT MISS 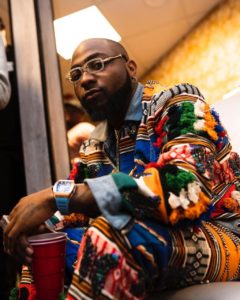 David Adedeji Adeleke, also known as Davido, is a Nigerian singer, songwriter and record producer. He is one of the most famous artists in Nigeria and all around the world. Davido has won several awards like The Headies, Nigeria Entertainment Awards, Nigeria Music video Awards(NMVA), BET awards, amongst many

Here are top five beautiful songs by Davido you can not stop listening to:

1- Assurance; Davido sang this amazing song “Assurance” to celebrate his lover, Chioma who also featured in the video. The song still remains a great piece.

2- Fall: The music video for the 2017 hit, is the most viewed video by a Nigerian artist on YouTube with over 100 million views making it the most watched Nigerian music video on YouTube.

3- Wonder woman; This song is intriguing as it depicts and celebrates the strength of the women folk all over the world.

4- Aye- This song is a groovy love song. It tells a tale of love between different classes in which Davido plays a poor farmer who falls in love with a girl and going by the lyrics it discouraged materialism among female folks in relationships.

5- If: The massive 2017 single is a string hit that generated worldwide social media influence produced by Nigerian star Tekno. “If” won the best pop single and song of the year at The Headies 2018.

Which songs do you think we should include?

10 PEOPLE SKILLS YOU NEED AT WORK