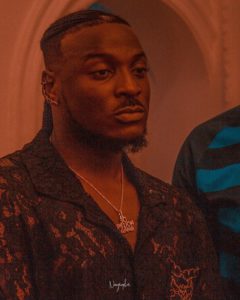 The first noted accusation of rape against Peruzzi came from a UK-based singer, Daffy Blanco.

Blanco said she didn’t press charges against Peruzzi because of DMW lawyer she identified as Bobo.

However, another lady identified as Princess has raised another rape allegation against the 30-year-old singer.

According to Princess, with twitter handle @Jayamah22, the singer raped her in 2012.

She said Peruzzi raped her despite dating her friend at the time.

She narrated that she went with her friend to the singer’s house and ended up sleeping there, which led to the rape.

Princess admitted she was young and naive but added that it was no excuse for him (Peruzzi) to take advantage of her.

See her story below

For so long I've kept this to myself but I have decided to speak out due to the boldness of Daffy Blanco & other rape victims. Let's expose these rapist for who they are, they have no right to take advantage of us. #SayNoToRape #SayNoToRapist #SurvivingPeruzzi

Another Female Student Raped And Stabbed To ...