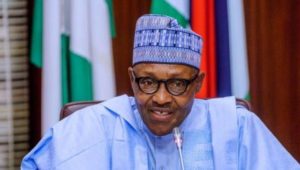 The Nigerian House of Representatives has approved the request made by the President of Nigerian, President Muhammadu Buhari to borrow loans to a sum of $22.79bn.

The request was approved by the House and this was in concurrence with the Senate and it falls part of the 2016–2018 Federal Government External Borrowing (Rolling) Plan.

Earlier this year, the Senate has approved the loan although it was marred with controversy with the Minority Leader, Senator Enyinnaya Abaribe leading the protest against the process leading to the approval.

It was revealed that the $22.79bn loan was approved in less than one week after President Buhari wrote to the National Assembly to request approval for new external borrowings also amounting to $5.513bn.

In his letter, the President said the funds were for the 2020 budget deficit, financing of critical projects, and some states of the federation.

This loan approval comes after the National Assembly approved a loan of N850 billion for the Federal Government just recently.