SENATOR ADELEKE DISCHARGED OF THE CHARGES AGAINST HIM 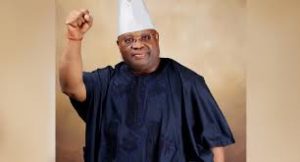 Senator Adeleke, a former PDP governorship candidate in Osun State was charged with exam malpractice and impersonation alongside with Mr. Sikriu at the Federal High Court in October 2018. The facts of the charge was that Senator Adeleke and Mr. Sikiru registered as students of Ojo-Aro Community Grammar School so they could sit for the NECO exams in June/July 2017.

However, at the last court sitting, the prosecutor filed an application to withdraw the charges against Senator Adeleke. This therefore led to the ruling of the court and the subsequent release of Senator Adeleke.

AFDB PRESIDENT HAS THE SUPPORT OF THE ...