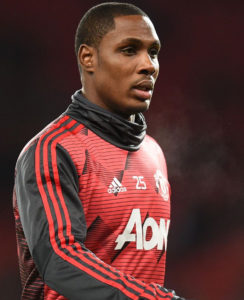 Man Utd have reached an agreement to keep Shanghai Shenhua striker Odion Ighalo at the club until January 2021, according to his agent.

Ighalo made his shock deadline-day switch from Shanghai Shenhua in January and the ex-Watford striker has impressed the Old Trafford faithful.

The 30-year-old has scored four goals in three starts for the club he has supported since childhood but adding to his eight appearances has been complicated by the coronavirus crisis.

Negotiations between United and Ighalo’s parent club are continuing and a deal is expected to be reached.