ABUSE OF FUNDAMENTAL RIGHTS IN RELATION TO GEORGE FLOYD’S DEATH 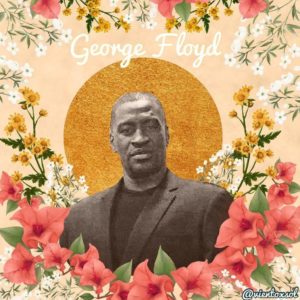 The topic of fundamental human rights is always a major discussion in countries and sectors which is usually spelled out in the constitution guiding the community. Fundamental rights violation is always frowned at, as it shows an utmost disrespect for an individual or group of people. One important fundamental rights which has been abused in the case of George Floyd is the right to life.

This was the right denied George Floyd when the Minneapolis police knelt down on his neck which subsequently led to his death. His last words captured on video “I can’t breathe” show that George Floyd was deprived of his right to life before his death. Thus, apart from the charges of murder which the Minneapolis policemen should be made to go through, the policemen should also pay damages to the deceased’s family for the violation of the fundamental rights of George Floyd.

The Minneapolis policemen who orchestrated this crime should not be aided by the white supremacists in the United States of America; this is because the violation of the rights of George Floyd is the violation of the rights of every black man in the continent. Therefore, the blacks in America and also in every part of the world is calling for justice over the death of George Floyd’s death so as to prevent a case of genocide in the nearest future.

AFDB PRESIDENT HAS THE SUPPORT OF THE ...