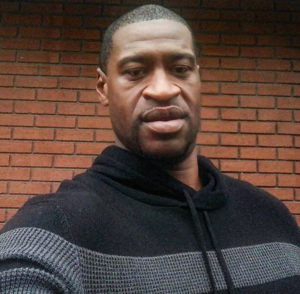 Beyonce and Rihanna have demanded justice for George Floyd after he died earlier this week, during a brutal arrest.

Floyd, an unarmed and handcuffed black man died after being arrested, with footage showing police officer Derek Chauvin kneeling on his neck as he cried out: ‘I can’t breathe!’

The four officers involved were fired, and Chauvin was arrested Friday on suspicion of third-degree murder, meaning he has been accused of killing George without prior intent, but with disregard for his life.

Sharing an emotional video on Instagram, Beyonce begged fans not to ‘normalise’ what happened, and hold people accountable for their actions.

‘We need justice for George Floyd,’ the 38-year-old began. ‘We all witnessed his murder in broad daylight. We’re broken and we’re disgusted. We cannot normalise this pain.

‘I’m not only speaking to people of colour. If you’re white, black, brown, or anything in between, I’m sure you feel hopeless by the racism going on in America right now.

Rihanna also shared a lengthy post on the platform, explaining she has been ‘pushed’ to a heavy place in her heart over what happened.

Chauvin, the police officer who was filmed kneeling on George’s neck, was charged with third-degree murder on Friday.

“You Can’t Succeed while Biting The Finger ...