RACISM STILL A MAJOR THREAT TO THE BLACK COMMUNITY: DEATH OF A YOUNG BLACK MAN 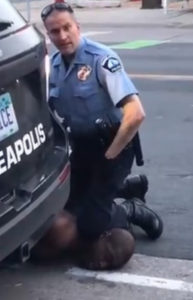 A certain video has gone viral on social media platforms where a Minneapolis police officer knelt down on the neck of an African-American man just before his death. The video also showed that the black man was pleading with the police not to kill him and he also said “I cannot breathe” but the police officer never listened to his pleas till the black man became motionless.

Also, just a week ago, a 25-year old black man was killed in Georgia when he was running unarmed by a police officer and his son. It is surprising that these killings are happening in a well-civilized era where it is supposedly assumed that everyone should know and respect the rights of another.

These killings have shown that racism is still a big deal and a big threat to the black community and ought to be addressed as soon as possible by world agencies. World agencies, including the United Nations, should prosecute the killers as this would serve as a deterrent for anyone practicing stigmatization against the black community.