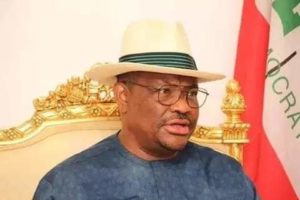 There has been a report of mysterious deaths happening in Rivers as it recorded by the TVC news channel that at least eleven persons died in one weak mysteriously in the Bonny Local Government Area, Rivers State.

Those who died were said to have experienced similar symptoms like loss of the sense of smell and taste, malaria and typhoid fever. Even though the Nigerian Centre for Disease Control (NCDC) has not released a statement to this effect, officials of the Bonny Local Government Area have confirmed that an undisclosed private hospital has been treating patients with symptoms of the Coronavirus disease.

The Rivers State Governor, Nyesom Wike, has however said that the medical personnel has visited the Bonny Local Government Area to collect samples from the suspected persons so as to curb the further spread of the virus.