Manchester United yet to make offer for Odion Ighalo 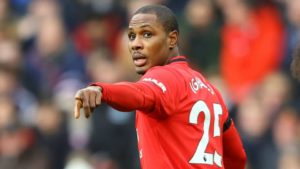 Manchester United are yet to make an offer to Shanghai Shenhua for Odion Ighalo, with his current loan deal due to expire on Sunday.

A six-month loan deal was thought to be good value for money by United chiefs back in January, but with the ex-Nigeria international looking likely to depart after just eight appearances it will be an unfortunate end to a deal that was starting to look like a decent piece of transfer business.

Manchester United remain in discussions to extend Ighalo’s stay but Shanghai Shenhua will only allow him to remain at Old Trafford if United sign him permanently – in a deal expected to be in excess of £20m – or they strike a fresh loan deal that incorporates an obligation to buy.