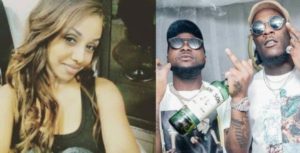 Konjo Leyla, has also waded into the controversy surrounding how is better between Davido and Burna Boy.

Given her reason, she chose Davido as the King when it comes to overall African music.

In her view, Burna Boy still has a lot of work to do in some African countries as she asked him never to crown himself as the African king of music because it’s too early.

Manchester United yet to make offer for ...