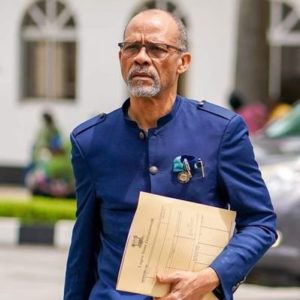 He said “there are people who are already practising self/home-isolation on their own, because we can’t find them, the numbers they give us, maybe they are false or they don’t answer their phones. When you go out to pick them at their residences, they have absconded their residences. So, they are isolating themselves in different place

“In effect, the concept of home-isolation is being practised by many. Nigerians, even though it is not yet a state or national practice. The people of Lagos are practising home isolation which is one of the reasons that we as the government are trying to transition to home care because it is happening anyway, we might as well regularise it and make it an official option.”

“The trend is increasing, it seems as if people who get a positive test are reluctant to be admitted, mainly because of the stigma which we are working very hard on because there shouldn’t be a stigma around COVID-19, it is just like any other infection, when you catch malaria, cold or flu, it is not a stigmatising disease,” Mr Abayomi said.

The commissioner said the state is spending a lot of time on the parameters of what home isolation is going to look like.

“In about a week or so, we are going to give the definitive parameters of how the state is going to integrate home-based care into our isolation strategy,” he said.