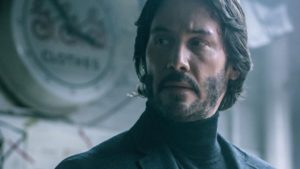 Keanu Reeves has earned himself a name in the movie sector with the popular movie series John Wick where he was portrayed as a ruthless assassin who could kill anyone because of his dog. The ruthlessness of the character he played in the movie series has been a major theme of critics and reviews and he is now popularly called John Wick.

The actor is however, making plans to air the next movie series – The Continental on Starz. This is something exciting for those who love to watch movies in the action category, where a lot of shooting and gruesome deaths happen. However, with the spread of the pandemic, the new movie series might take a longer time to air in Nigeria.