“If I’m to be prosecuted for being Tacha’s friend, then so be it.” – Khafi 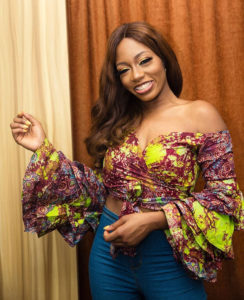 Ex Big Brother Naija housemate, Khafi as come out to defend Tacha as she says if she was to be prosecuted for being Tacha’s friend, then so be it, this comes after the allegations made by former housemates Mercy Eke and Venita.

Tensions are beginning to raise among the last season of Big Brother Naija housemates, as Khafi comes to Tacha’s rescue after Venita Akpofure and Mercy Eke shades her.

The drama started on Friday May 22, 2020, when Tacha took to her Instagram to talk about certain people who wouldn’t stop calling her bestie Khafi a gossip.

A few hours later, Mercy Eke and Venita Akpofure took to their Instagram live where they threw shades at Tacha.

Khafi took to her YouTube channel, on Saturday May 22, 2020, where she supported her friend, Tacha, who she addressed as her ‘ride or die’.

A Partnership of the Real Kings: Why ...