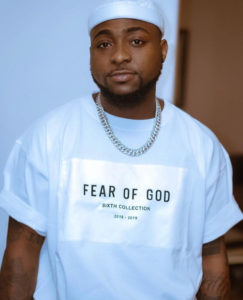 Nigerian singer Davido has put a smile on the face on one of his loyal fans called Odukoya Wasiu Abiodun.

Abiodun was the artist who edited the photos of the singer and his colleague Wizkid in the viral post that seemed to have started the controversial drama on social media.

Davido reposted it on his social media platform with the caption, “the 2 greatest of all time, no ? “

That was not all, the singer went ahead to gift Abiodun the sum of N1.1m for the image.