CELEBRITIES AND SOCIAL MEDIA: DEALING WITH PRAISES AND TROLLS 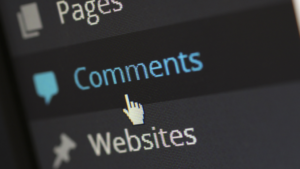 Celebrities are usually public figures because of one thing or the other which makes them very known to the public. They are fond of having fans and followers who adore them and praise them with every opportunity they get. On the other hand, they are more susceptible to online trolling which attempts to belittle them or their works.

Celebrities, no matter how popular they get, are humans also who can be affected emotionally and mentally by people who use the internet as a cover to pull down their self-esteem. This act of trolling is also known as cyber bullying and it usually involves the use of hateful comments against a person.

As a celebrity, being able to deal with trolls is a skill that every celebrity should learn in order to protect their emotional and mental health. Here are ways to deal with a troll:

TOP 10 CELEBRITIES WHO ARE FROM LAGOS

DEALING WITH SOCIAL ANXIETY AS AN ARTIST