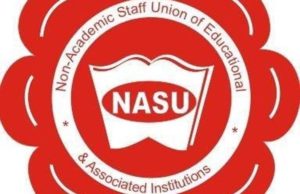 The Non-Academic Staff Union (NASU) through its General Secretary, Peters Adeyemi has written a letter to the Minister of Employment and Labour, Chris Ngige of its decision to begin a 14-day warning strike on the day the resumption of schools is allowed. This decision is due to the short-payment of staff salaries since February, 2020 through the Integrated Payroll and Personnel Information System.

This has prompted the Association to file Trade Dispute Act CAP 432, Trade Disputes (Essential Services) Act, CAP 433 of the of the Laws of the Federation of Nigeria 1990 and Trade Disputes (Amendment) Decree No 47 of 1992 otherwise called Form TD/3, against the Office of the Accountant-General of the Federation. In response, the Office of the Accountant-General of Federation through the Director of Information and Public Relations, Henshaw Ogbuike, said that the complaints of the Non Academic Staff Union is just a mere propaganda intended to unfairly criticize the Integrated Payroll and Personnel System. He also said that institutions should be responsible enough to report any case of death, resignation or exit from service before due date in order to review the payroll analysis sent to the Bursars of institutions. Therefore, there is a high probability that students of public tertiary institutions might be forced to stay at home even after ease of lockdown.