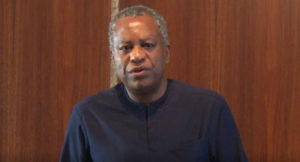 The Minister of Foreign Affairs, Geoffrey Onyeama has confirmed the decision of the Central Bank of Nigeria (CBN) and the Nigerian National Petroleum Corporation (NNPC) to sponsor part of the evacuation cost of Nigerians from abroad. The Minister said this during the Presidential Task Force Briefing on Monday and he also mentioned that the sponsorship will also include the fees necessary for their adequate care when they arrive in Nigeria.

The Minister also stated during the briefing that even though there are a lot of Nigerians stranded outside the country, the government would first sort out the evacuees from the United Arab Emirates, the United Kingdom and the United States of America.