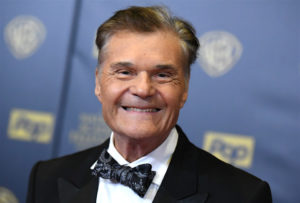 Willard was best known for his roles as Hank in sitcom ‘Everybody Loves Raymond’ and Frank Dunphy in ‘Modern Family”. over the course of his long career he made an art of humor that brought laughs in goofy, subtle and understated ways.

From 2003 to 2005, Willard was nominated for three Emmy Awards for playing Hank on “Everybody Loves Raymond.” He was nominated a fourth time in 2010 for his recurring role as Frank Dunphy, the father of Ty Burrell’s Phil Dunphy, on “Modern Family.”

Willard is said to be one of Hollywood’s busiest comedic actors with a career that lasted more than 50 years, playing clueless characters such as sidekick Jerry Hubbard on the satire “Fernwood 2 Night” in the 1970s. He recently finished filming the Netflix series “Space Force,” where he played actor Steve Carell’s father.

It is with a heavy heart that I share the news my father passed away very peacefully last night at the fantastic age of 86 years old. He kept moving, working and making us happy until the very end.We loved him so very much!
We will miss him forever.