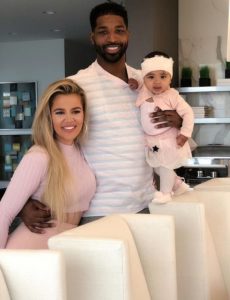 Khloe Kardashian and Tristan Thompson have sent a legal letter to a woman claiming the NBA star fathered her child, according to reports.

The former couple’s attorney Marty Singer has confirmed the basketball player took a paternity test which came out negative.

In a legal letter sent by Singer, Kimberly Alexander was asked to “immediately stop defaming them with malicious defamatory lies and specious fabrications” over the paternity claim.

Kimberly has requested Tristan takes a second test which Singer has agreed the sports star will take on the grounds the results were sent off to an AABB-accredited lab, according to E News

Burna Boy says he is worth more ...