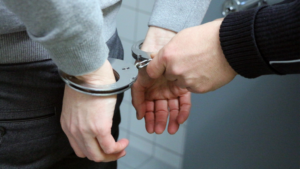 The increase in crime rates, especially crimes such as robbery and community terrorism during the Coronavirus Pandemic was quite alarming. During the lockdown season, some young men offered to be vigilantes and night watchmen for their communities in order to protect the community from thieves and the cultists who paraded themselves as ‘One Million Boys’.

I am of the opinion that crime is a subjective matter; and thus, certain theories might not apply in general situations. While the Government needs to intensify efforts on distributing palliatives in this season, youths also need to engage in self-development and self-empowerment programmes, such that they would be independent of the care of the Government. It is likely that the Government has a lot of mouths to feed and the limited resources might not go round; thus, the youths need to be well-informed on the responsible pathways of wealth opened to them instead of succumbing to the terrorism of fellow masses.

The well-to-do people in the society can also render help to those in need as we all join in the fight against hunger, crime and the pandemic. Also, tight security measures need to be put in place to ensure that communities are safe from criminal activities. The pandemic is enough crisis to handle; the trauma of being robbed shouldn’t be added.

HAVE YOU SEEN MARRIAGES WHO BECAME STRONGER ...