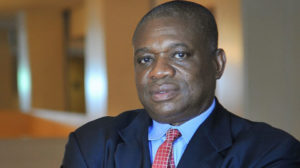 The Supreme Court on Friday nullified the trial of a former governor of Abia State, Orji Kalu, and others, who were in December convicted and sentenced for a N7.1bn fraud.

Justice Mohammed Idris, who had been elevated to the Court of Appeal bench, had returned to the Federal High Court in Lagos to complete the case which started in 2007.

The judge had sentenced the ex-governor to 12 years imprisonment for the fraud he allegedly perpetrated during his tenure as Abia State governor.

But in a unanimous judgment of the Supreme Court led by Justice Olabode Rhodes-Vivour, on Friday, the apex court nullified the entire trial, on the grounds that the constitution does not permit a judge elevated to a higher court to return to a lower court to conclude a part-heard case.

Justice Ejembi Eko, who delivered the lead judgment also declared as unconstitutional the provision of section 396(7) of the Administration of Criminal Justice Act, 2015, on which the then President of the Court of Appeal, Justice Zainab Bulkachuwa (retd), relied on to authorise Justice Idris to return to the Court of Appeal to conclude the trial.

The panel unanimously directed the Chief Judge of the Federal High Court to assign the case to another judge of the court for the trial to commence afresh.

Kalu, who was in December 2019 judgment,  sentenced to 12 years’ imprisonment, was convicted alongside his firm, Slok Nigeria Limited, and Jones Udeogu, who served under him as the Director of Finance and Account at the Abia State Government House in Umuahia.