THE CHINESE ARE AT IT AGAIN 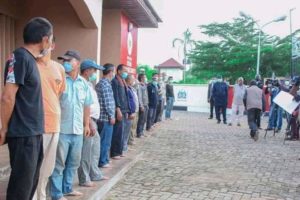 There is case of illegal mining in Osun State against 17 Chinese nationals and 9 Nigerians. These people were discovered by the Osun State Joint Task Force (JTF) following the illegal mining which already contaminated the Osun River and making it unusable for consumption and irrigation.

The 17 Chinese nationals and 9 Nigerians who were arrested have however been remanded and will soon be prosecuted to court where the Osun State Government will be claiming heavy damages form them.