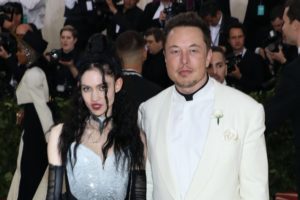 Elon Musk’s girlfriend, Grimes has given birth to the couple’s first child together, the outspoken Tesla chief announced on Twitter with a picture of him holding his baby.

This is Grimes’ first child, while Musk already has five sons. He has been divorced three times — twice from the same woman.

DO NIGERIANS REALLY WANT TO BE EVACUATED ...