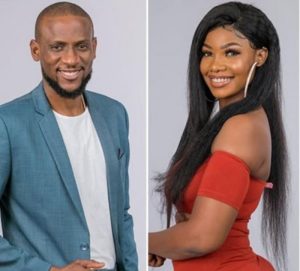 The song was made from an heated argument between Omashola and Tacha in the house, which resulted to name-calling and the was later turned into a song by Lord Sky.

The housemates have come together to make a proper video for the song, the video features Omashola and Tacha, exchanging words in a court and Jeff fellow housemate being the judge, while other housemates and lord sky played various roles trying to settle the fight.