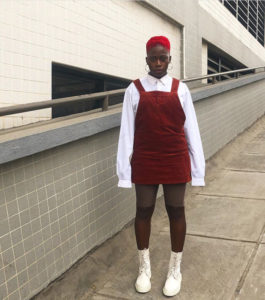 Nigerian female dancer and video vixen, Popularly known as Picture Kodak has died after being electrocuted while charging her phone in the studio.

The dancer who is popularly known as LD or Love-Divine, was said to have electrocuted at Clarence Peters studio in Omole Estate while she was charging her phone.

Picture Kodak gave up the ghost after she was rushed to a nearby hospital.