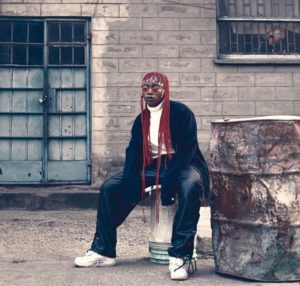 Nigerian dancer and Video Vixen picture Kodak, died after being electrocuted while charging her phone in the studio on Wednesday , April 29.

The dancer was said to have electrocuted at Clarence Peters studio in Omole Estate while she was charging her phone.

She was confirmed dead after being rushed to a nearby hospital.

Celebrities have started paying tribute to her; the likes of, Dremo, Blaqbones, Don flex, Broda Shaggi, bisola and Korra Obidi.

Rapper, Olamide took to his Instagram page to pen down his tribute:  “Rest Up”.

Popular dancer, Poco Lee also wrote: “We lost A Legend in the Dance Industry & Nigeria at large….Forever in our Hearts #restinpeacepicturekodak”.

Also Blaqbonez expressing shock at the sad news tweeted: “the vixen in the Haba Video, ‘picture Kodak’ just died, it hurts so much cos we became close after, I don’t know how to handle my emotions”.

Singer singer posted a short clip of Kodak dancing in her music video and captioned “Her enerey was always the biggest thing in the room. ?”

Picture Kodak’s Management Westsyde Lifestyle is yet to release an official statement.