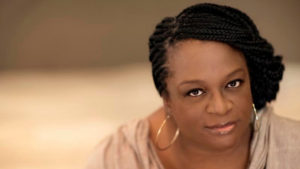 She died in April 28, 2014 at Enugu South East of Nigeria as a result to an asthma attack.

Igwe was the owner of Top Radio 90.9 Lagos and Amaka Igwe Studios. She was part of the people that started modern Nigerian TV drama and film. She became popular after she wrote and produced award-winning TV soap, Checkmate and Fuji House of Commotion.

Her Nollywood projects include Rattle snake and Violated, this films set Amaka Igwe Studios apart from the Video film era of Nigerian cinema.

Amaka Igwe won plenty awards during her career. 2011, Nigeria recognized her works in the film industry, and awarded her Nigerian National Order of ‘MFR,’ which stands for ‘Member of The Federal Republic of Nigeria’.

She was an accomplished writer, producer, director, entrepreneur and teacher.

The late Amaka Igwe was a proud mama of three children; Ruby, David and Daniel.