Elikem opens up on his divorce with Pokello 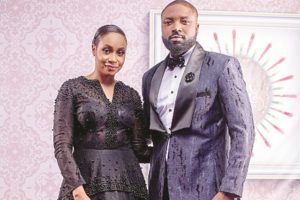 Elikem Kumordzie, one of former housemates of reality TV show Big Brother Africa has revealed the reason why his marriage with Pokello, his fellow housemate didn’t work.

According to him, immaturity on his path was the main reason the marriage to the Zimbabwean collapsed after two years.

In 2013, the two met and fell in love on season 8 of Big Brother Africa. Elikem later proposed marriage to Pokello live on the stage of the 2014 Ghana Music Awards.

Elikem admitted in an Instagram Live interview with KOD that he was too young at the time to understand the concept of marriage.

“At the time of marriage, I was 26 – 27 and had not understood the concept of marriage because I was young but she might have more experience because she was 29 by then”, he said.