Adekunle Gold Reveals How He Begged Don Jazzy To Be His Graphics Designer 9 Years Ago. 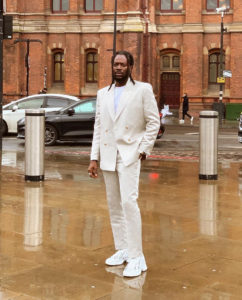 Nigerian singer, Adekunle Gold shared an interesting part of his journey before stardom to encourage people who are still struggling to make it in the entertainment industry.

The singer sent screenshots of the messages he sent to Mavin Records boss Don Jazzy 9 years ago, begging to the official graphics designer for Mo’Hits records at the time to his fans through his AG Letters Project.

In the messages sent, he called Don Jazzy “Dad”, “Mohit Lord” all in a bid to get employed. He told Don Jazzy that he is a “graphic artist of magnitude” and begged to be employed as the “official album art designer of Mohit stars”