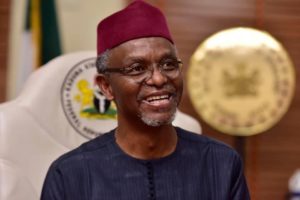 The governor announced his recovery on Twitter on Wednesday.

He said he tested negative twice for the disease.

I am delighted to report today, that after nearly four weeks of observing a strict medical regime, I have now received the all-clear after two consecutive negative test results.