10 years past, Dagrin lives on. 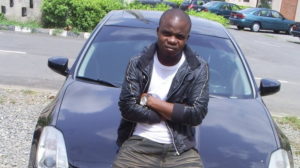 Oladapo Olaitan Olaonipekun, also known as Dagrin, was a Nigerian rapper, who was signed to Misofunyin Entertainment. He died on the 22nd of April, 2010. Before he died he had released 5 albums and 1 EP.

10-years-ago Dagrin died in a car accident, He drove into a truck parked by the roadside. He died at the age of 25.

Still On the Matter

The Genesis Of C.E.O

The Genesis of C.E.O album was released 6 years after the talented rapper’s demise.

10 years is past but Dagrin would always remain in our heart.