Your only claim to fame was dating me – Juliet Ibrahim 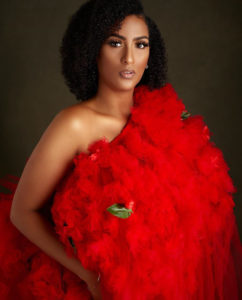 Actress Juliet Ibrahim seems to have thrown a shade at her rapper ex-boyfriend, Iceberg Slim.

Both Juliet and Iceberg Slim have often thrown shade at each other on social media, and, it does not seem to be ending soon even though they have stopped dating for almost two years.

It was rumoured that the rapper cheated on the actress which led to their breakup, Iceberg Slim once confirmed it when people were trying to shame him for hurting the actress.

The actress threw a shade at her ex-boyfriend on her social media page. She told him that his only claim to fame was that he dated her.

NastyBlaq clears the air on his rape ...