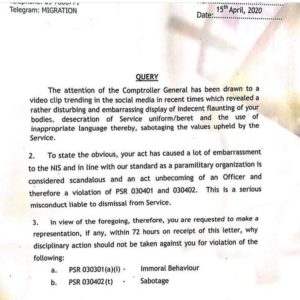 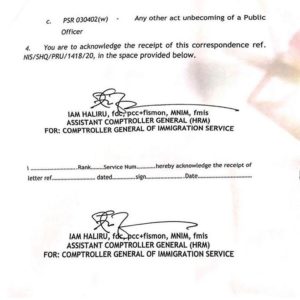 Five female immigration officers might be released of duty for joining the #Bopdaddychallenge.

The #Bopdaddychallenge was initiated by a song by Falz, titled Bopdaddy where people that joined had to change from their normal outfit to a glammed up look.

The NIS Comptroller General referred to it as disturbing and embarrassing display of indecent flaunting of their bodies.

They are expected to make a representation within 72 hours on receipt of the letter sent out to them from the Comptroller General of the Immigration Office, why disciplinary actions should not be taken against them for violating, immoral behavior, sabotage, and any other act unbecoming of a public officer, which were the counts filed against them.

The Science Behind Life-Saving Hand washing: How ...